A downloadable game for Windows, macOS, and Linux

Salad Fields is a DREAMYQUEER experience.
In this adventure-puzzle game you explore surreal lands and meet strange folks...

Note from the devs:
We are queer furries and a couple. Salad Fields might seem very silly (and it is) but we feel it reflects our truths as strange misfits in various ways. We hope that you find something in it you resonate with. :3

. . . . . Additional info:
There are occasional adult themes, strong language, and a tiny bit of nudity, but nothing explicit
Soundtrack: 30 tracks, 1 hr 23 mins

In order to download this game you must purchase it at or above the minimum price of $14.99 USD. Your purchase comes with a Steam key. You will get access to the following files:

I had a blast playing this! I love the freeform nature of the puzzles, both in how generous (as opposed to having very exact requirements) the solutions are, and that I never needed to push through ones I found unenjoyably difficult. and even then, when I felt like I didn't know where to start with any given puzzle, I loved thinking about ways to break out of the wall boundaries to find secrets.

and oh my gosh, the secrets! the secret rooms are so fun to figure out, even when there's no "point" to the empty rooms. the little visual and title gags each one has is its own reward! the extra puzzles in some of the level hubs, leading to the secret warps, were especially fun. after I realized I could go back to the second main hub to use the new skull power, it was interesting to imagine what the later "previews" for the televisions and amoebas suggested about their upcoming powers.

the visual design throughout is wonderful, both of your art styles combine in great ways! everybody in this game is so full of character, in their designs and speaking personalities. there's a lot of charm in seeing how open and comfortable a lot of these folk are, especially in how they navigate sex, as well their readiness to admit faults and face it. the magical boyfriends and Yippie are my favourites. and the way the point of the game is to help cure The Grmmble feels good! evoking what Yippie says in the ending, this wasn't a quest to save the world, but to take care of people in this queer community, and that's lovely. all that said, one character that stands out to me in a negative way was the shitty uncle. his dialogue was unpleasant in a way that, for me, broke the tone of the rest of the game. but his prescence is ultimately minimal, so he didn't hamper my experience further than that one meeting with him.

I think my favourite single area was Pumpkinland, because the design has such a funny sense of approach, like it's subverting the sensibilities of the rest of the game. Moonfog was kind of my least favourite area, since I had such a hard time with all of the puzzles there- so far I've only been able to complete two of them. however, I know I tend to struggle with puzzles where I need to visualize future states, I typically can only work with what I can currently see. so it's hard for me to say if there's a significant difficulty spike there, or if it's just that the skulls mechanic is the toughest for me personally to work with.

also, the soundtrack freaking rocks all the way through!!

thank you both so much for making such a wonderful game! it makes me happy to see what y'all are working on these days. I look forward to whatever comes next!

bit of a bug report: I'm playing on linux, and The Violet Cathedral area isn't working properly. every item appears as the bag of cashews, and I can't collect any of them so far- I've reached the end of The Grand East Maze N, and Trigger Happy.

omg this looks so good. i love all the various styles and the super slick color palette < 3

What a fantastic experience. The puzzles are way too hard for me, so thank you for including 'exploration' mode, I'd hate to have missed this :) Honestly gives me a fuzzy feeling of queer community...

One minor bug report: the puzzle "U-TURN" is the only place in the game I've found where you can blow a hole through a wall and leave the screen, but the screen doesn't scroll; you're just trapped off-screen.

I've actually found a couple other puzzles where that happens too.

Some of the tv puzzles don't scroll the screen when I walk off the edge, then I'm trapped in the side after I walk back. Thankfully resetting the puzzle still works.

(Resni responding with a very overdue response)
Awwww I'm really glad it gives you those fuzzy queer community feelings that's really important to me. <3 I'm really happy you got use out of the option to skip puzzles it felt important to put that in.

It's weird and it's good, weirdly good too.

The ideas and powers complement nicely each other and the puzzles use them in interesting ways. The game gives you the choice on which puzzles you want to do, so you won't get stuck and frustrated forever.

If you like to look for and find secrets and special unlocks there are a lot of them, secret zones, characters, levels ! You will have to think out of the box to get them !

Characters and dialogs are surreal but they all drive a story with them. Characters have distinctive personnalities/backstory and you WILL get memorable moments.

(Resni responding with a very overdue response)
Thanks so much for such a positive review!! Really glad you liked it so much!! :D 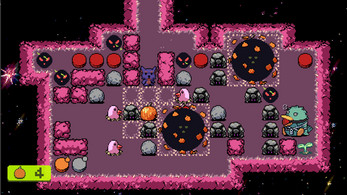 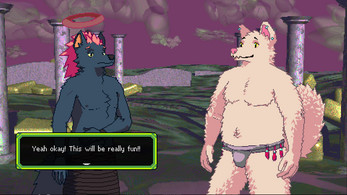 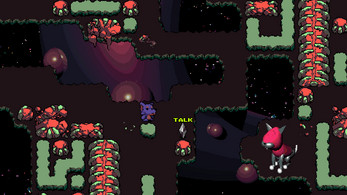 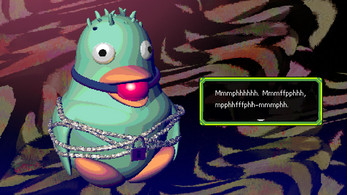